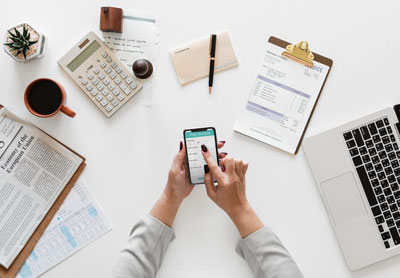 If you aren’t already aware, Dodd-Frank changed a lot of rules around mortgages when it went into effect in July 2010. The purpose was to stop predatory lending practices that led to sub-prime mortgages fueling toxic mortgage-backed securities. Stated income loans were mentioned alongside mortgage-backed securities. That caused a lot of confusion.

The idea of simply stating your income and being taken at your word was an honor system that wasn’t exactly honored across the board. It’s understandable why these loans weren’t meant for the average consumer. But there’s a reason stated income loans existed in the first place.

A corporation like Amazon, for example, doesn’t need to pull out tax returns and W2s to prove its Amazon. In fact, when the company announced plans to build a new headquarters, called HQ2, it ignited a bidding war around the country, with New York and Virginia winning honors (although it eventually dropped out of NY).

Even though they have a lot of buying power, even major businesses and billionaires use mortgages to purchase property. That’s why stated income loans are still allowed to this day. The law was simply tweaked to ensure they’re used for their intended business purposes. It’s no different than how banks adjusted the screening for HELOC loans to ensure they’re used for home purposes.

Stated income loans can not be used on owner-occupied dwellings. They can be used, however, to purchase an apartment building, your 10th condo, and a variety of other residential and commercial loans. In this post, we’re going to discuss everything you need to know about stated income loans so you can start leveraging them for your business today.

What Is a Stated Income Loan?

The definition of stated income loan is hinted at in the term itself. It’s a loan based on your stated income, versus an analysis of your credit score, tax returns, and other sensitive personal information. Lenders typically use these scores and documents to determine your creditworthiness.

While useful, these scores are arbitrary when you think about it. Do you remember when your teachers in school would tell you something would end up on your “permanent record”?

Your teacher was talking about your student record (transcripts and GPA), which only follows you through the public school system. Even your medical records don’t transfer easily to a new hospital.

Your FICO credit score and credit reports from Equifax, Experian, and TransUnion are your real permanent records.

Banks, lenders, and even employers, check a proprietary mix of your credit reports, court records, current account information, and work history to determine everything from whether you pay a deposit to open an account, what your interest rate is, or whether you’ll even be allowed to get a job to pay for it all.

The problem is most of this information looks in the past. What you did in the past isn’t necessarily an indicator of your ability to perform in the future. Current income matters more than payment history. Tax returns don’t show the best overview of current income either.

Amazon, for example, is one of the 60 biggest corporations that pays $0 in income taxes. Even Donald Trump’s taxes have been a point of contention since his presidency. Nobody would ever get anything financed, if we went strictly off tax records.

But we know Trump makes $400,000 a year for a presidential salary. Even when he leaves office, the presidential pension is estimated at over $200,000 per year. Amazon, on the other hand, raked in $232.9 billion in revenue in 2018 with 2019 ending strong. And both Trump and Amazon have plenty of assets and plenty of ways to pay off a loan.

These are, of course, outliers to illustrate that stated income loans were designed for a reason. Plenty of families and businesses, big and small, are generating revenue right now, whether it’s showing up on tax returns or credit scores or not. We live in a country where anybody can be the next president or multibillionaire company. We support this innovation from the ground up.

Of course, there’s a two-way trust system involved in these types of loans. The lender is trusting the borrower, but you, the borrower, must also trust the lender. It’s hard to know who you can trust in a crowded marketplace. Most media outlets are writing to the renters living in the apartment building, since there are approximately 22 million apartment units in the U.S., according to the National Multifamily Housing Council.

The Rental Housing Finance Survey from HUD shows approximately 2.25 million multifamily rental properties with 240,000 apartment buildings in the U.S. housing 10 or more units. It’s a noteworthy market that deserves the same world-class customer service and information as any other. That’s why we specialize in serving these niche markets. If you walk into your bank’s local branch office looking for a house or apartment, they can help you. They may even be able to point you in the direction of an office for rent. But once you ask about buying an apartment building, they’re going to incorrectly point you toward a commercial lender.

A large apartment complex is not zoned as commercial or industrial property. It’s zoned residential. Commercial lenders aren’t even going to be as well versed, because at best they worked with the residential construction companies on these plots, and construction loans are a whole other topic.

Look for a stated income lender that knows the intricacies of mortgages for neighborhoods, planned unit developments, townhomes, condominiums, duplexes, triplexes, and everything in between. We even understand loans for Airbnb, vacation homes, and any other residential situation your bank’s local branch simply doesn’t.

Whether you’re looking for an investment property to retire off or just to consolidate all the property you have across state lines, contact a stated income lender that knows how to walk you through it the right way.

Read 1020 times
Tweet
Published in Apartment Lending
Tagged under
More in this category: « Case Study: Alliance Residential Shines From the Valley of the Sun  How to Choose the Right Apartment Loans »
back to top

Rental Home Financing originates commercial blanket loans with a commercial purpose and is not currently authorized to make such loans in all areas of the United States. Specific circumstances will determine whether we have the ability approve/close portfolio rental home loans in your state(s).   PRIVACY POLICY
CALL TODAY: 888-375-7977